Over 1,2000 seafarers get Pfizer jabs

More than 1,200 seafarers received their first dose of the coronavirus disease 2019 (Covid-19) vaccine in a symbolic vaccination at Palacio de Maynila in Malate on Thursday, according to a report by Philippine News Agency.

United States-made Pfizer-BioNTech jabs were used to inoculate the Filipino seamen as it is the required brand in their destinations, according to Presidential Spokesperson Harry Roque.

Roque said President Rodrigo Duterte made the decision to give the US-made jabs to the seafarers.

The seafarers who got their initial shots were from Magsaysay Maritime Corporation and are scheduled to leave soon.

“One out of three seafarers in the world ay Pilipino, kaya pag tinanggal mo ang mga Filipino seafarers sa buong mundo, siguradong pilay ang buong seafaring industry. Ganun kahalaga ang ating mga kababayang seafarers kaya kayo ay prayoridad (is a Filipino that is why if you take away the Filipino seafarers worldwide, the global maritime industry will be crippled. That’s how important our seafarers are and that is why you are a priority),” Villanueva said in his speech.

Testing czar Secretary Vince Dizon said that the workers' sector is the most affected by the Covid-19 pandemic.

With the vaccination of seafarers, he hopes it will help jumpstart economic recovery.

“Siguro sa loob ng isa o dalawang buwan eh makakabiyahe na kayo at makakatrabaho. Gusto nating pasalamatan ang ating pangulo. Siya talaga ang unang nagsabi na kailangan ng bakunahan ang ating mga manggagawa kasi kayo talaga ang pinakamalaking tama at hirap na dinanas dahil sa pandemyang ito (Maybe in a month or two, you can already travel and go back to work. We would like to thank the President because he was the one who said that it is high time to inoculate our workers because you are the most affected by this pandemic),” Dizon said.

Dizon also reported that over 115,000 were vaccinated Wednesday in Metro Manila alone. In the city of Manila, he said 27,000 received jabs.

Seafarers who received their first dose expressed gratitude to the government.

“Very nice ‘yung feeling kasi at least nabigyan kami ng priority. Syempre nakakatulong din kami sa economy at pag nakaalis kami, mas makakatulong pa kami sa pag-unlad ng bansa (It feels nice that we were prioritized. Of course, we also help in the country’s economy and we can be of more help once we are able to board our ships),” said Nikki de Leon, who is scheduled to leave this September.

James Legaspi, who traveled from Cavite, said getting vaccinated gives them peace of mind.

“Once may vaccine mas safe na at hindi na masyadong risky. Kasi mas mabuting may vaccine na before sumampa kaya thankful kami na nagkaron kami ng chance (Once we get vaccinated, it is safer and less risky. It is better that we are already vaccinated before we board the ship that is why we are thankful for this chance),” he said, adding he is leaving for London in August.

In his speech, he advised them to be strong and not give up as a seafarer’s life is never easy.

“The best crew in the world is Filipino crew. I also dreamt of becoming a seaman when I was a child. I am happy for you. 'Wag kayo mag-give up kahit anumang hirap nyo sa barko. Isipin nyo lagi, para sa pamilya nyo lahat ng paghihirap na ito (Do not give up despite the challenges and difficulties you will encounter. Just always think that all your sacrifices are for your family),” he said in his speech. 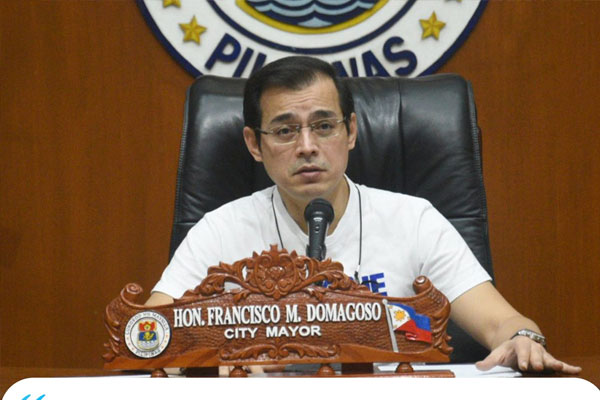 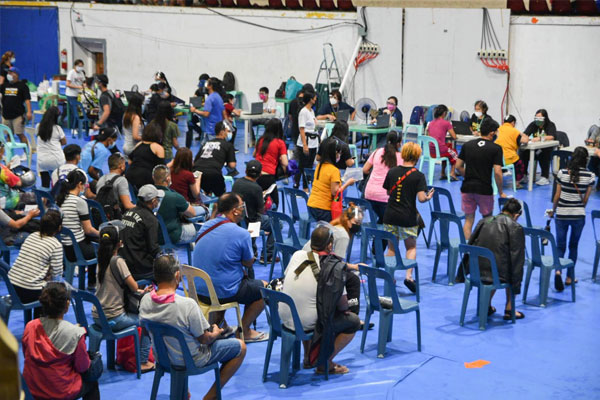