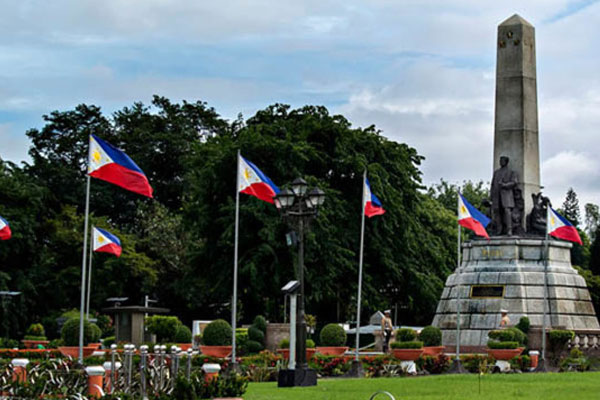 House Deputy Speaker Lito Atienza wants the Manila City government to assume control of the iconic 58-hectare Luneta Park to further improve its preservation and management, according to a report by Philippine News Agency.

Under House Bill 2594, the Manila city government shall be put in charge of the historical landmark in lieu of the National Parks Development Committee (NPDC), a unit of the Department of Tourism.

“Highly developed city governments across the country have already reassumed supervision of national urban parks within their jurisdiction,” Atienza, former three-term mayor of Manila, said in a news release on Sunday.

“We are absolutely convinced that progressive city governments are in the best position to look after national parks in their territories,” Atienza said. “In the case of Luneta, the city government is already spending for the public services needed for the park’s upkeep, so we might as well give it back to the city for administration purposes.

Luneta, also known as Rizal Park, was originally administered by the Manila city government until 1963, when President Diosdado Macapagal created the NPDC to oversee the development of inner-city national parks.

“The return of national parks to the cities where they belong will give more meaning to mandate of the 1987 Constitution for the State to advance local government autonomy,” Atienza said. “The delegation of more powers and responsibilities to cities will also give more substance to the Local Government Code of 1991.”

The park is a major tourist site, with attractions such as the Rizal Monument and the Independence Flagpole.

The monument pays tribute to the Dec. 30, 1896 public execution of the national hero Jose Rizal in Luneta, then known as Bagumbayan, which enraged Filipinos and fanned the flames of the Philippine Revolution against Spain.

The flagpole marks the spot where the Philippine flag was hoisted on July 4, 1946, when independence was achieved from the United States.