Isko discourages the public from trooping to Manila Bay beach

Manila Mayor Isko Moreno asked the Department of Environment and Natural Resources (DENR) to barricade the Manila Bay white sand beach after incidents of overcrowding during the weekend.

In a video posted by Super Radyo dzBB’s  Isa Avendaño-Umali on Twitter, Moreno also discouraged the public from visiting the Manila Bay Sands due to the threat of COVID-19.

For Moreno, it is enough that the public had a preview of the Manila Bay Sands through the media.

While understanding the excitement of the public for the project, Moreno said it must be remembered that the threat of COVID-19 is still present.

On Saturday, a number of people who showed up for the opening of the Manila Bay Sands failed to observe physical distancing and many were seen not wearing face shields.

While police and local government personnel were on site to remind everybody about physical distancing, people were still seen huddled together while in line outside to get a peek of the beach.

Social distancing was also not observed at the footbridge just outside the beach.

On Sunday, social distancing remained a challenge since people stood close to each other in line. Vehicular traffic slowed down as people occupied up to two lanes of Roxas Boulevard. 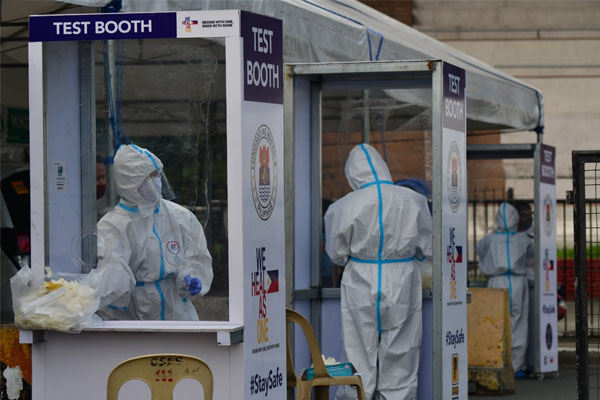 With 20,171 new recovered cases reported on Monday, the overall tally of coronavirus disease 2019 (Covid-19) recoveries nationwide rose to 2,171,832,  according to a report by Philippine News Agency. According to the Department of Health (DOH),...