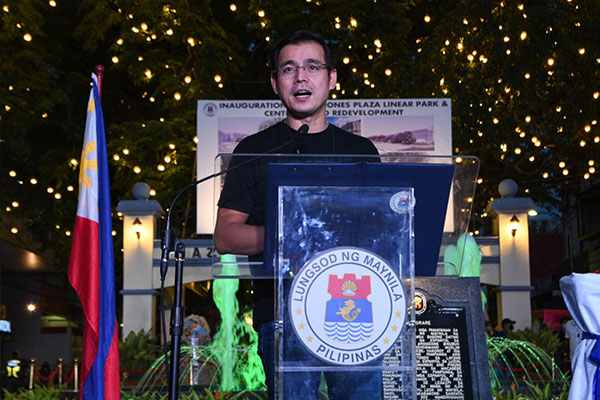 The redevelopment of Moriones Plaza Linear Park and Center Island was made in line with the city's aim to have more green and open spaces for the public.