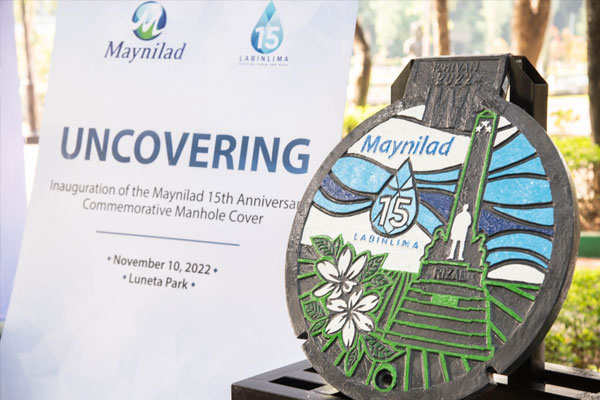 The city government of Manila unveiled the 15th anniversary commemorative manhole cover in the city on Nov. 10, according to a report by Manila Bulletin.

The city mayor said she is hoping that the decorative manholes will also be placed in more areas in the city, especially in the eight tourist hubs in the city.

“I hope you would also consider making more decorative manhole covers in many locations around the city and in those areas being served by Maynilad,” Lacuna said.

“Hopefully, you could visit those eight tourist hubs, you could notice na may manholes po doon, sana po magawan po ninyo (there is a manhole there, I hope you can also do it). It is one way of reviving the tourism industry in the City of Manila,” she added.